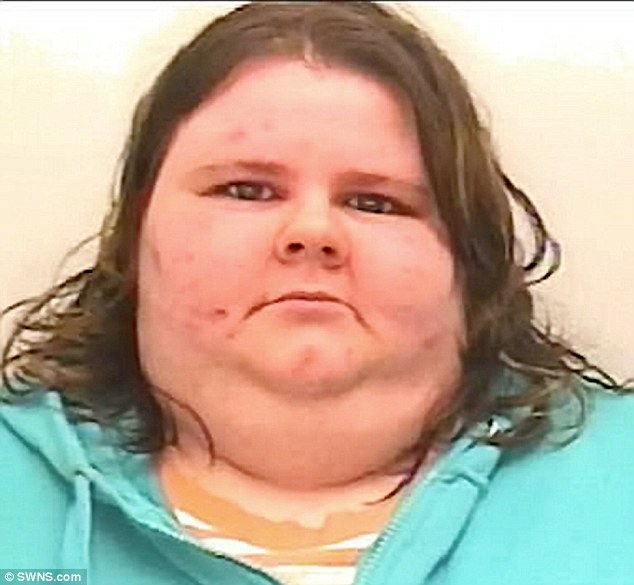 Woman jailed for trolling herself: English woman Trolls Herself into Jail

Cornwall, England - Michelle Chapman, an obese 24-year-old woman, had a bitter falling out with her father and new step-mother which culminated in hateful and sexually abusive Facebook posts to her account. She finally had enough and phoned police who viewed the criminal posts and arrested her step-mother. Her father and other relatives were reprimanded by police for their behavior much to the astonishment of everyone.

There was only one problem with the whole story: it was a hoax.

Computer forensic experts were able to trace the posts to the computer in her home. Suddenly, Chapman herself was behind bars for her posts in what is termed "trolling".

At the hearing upon her release from jail, she was rebuked for her hurtful behavior and issued a restraining order against any contact with her family.

Sentencing her to 20 months in prison Judge Christopher Harvey Clark, QC, described her as ‘wicked’.

Naturally, no one wants to deal with her given her unpredictable behavior. The whole saga marks a sad chapter in her life. She was estranged from her father for most of her life. After his attempt at a reconciliation ended in an argument, she sought her revenge.

"People have suffered a great deal of distress as a result of your wicked behaviour," the judge said during sentencing.

Meanwhile the Daily Mail reported that Chapman's husband would stand by his wife.

"She is the victim, she has mental health issues and it was a cry for help," he told the Mail.

"She has not had the help she needs. This is what you do when you’re in desperate, desperate need of help – you scream out."

This isn't the the first time someone has created an online alias using Facebook.

According to Yahoo, a man in India cheated about 500 people by posing as a young girl to try to lure influential officials with seductive comments and postings. He allegedly exchanged photos and when he won their confidence, he would blackmail them, threatening to expose their true colours. Michelle Chapman, 24, who was jailed at Truro Crown Court[/caption]

On The Web:
Woman jailed for trolling HERSELF: 24-year-old bombarded her own Facebook page with fake abuse in a bid to incriminate her estranged family
http://www.dailymail.co.uk/news/article-2552154/Woman-jailed-trolling-HERSELF-24-year-old-bombarded-Facebook-page-fake-abuse-bid-incriminate-estranged-family.html

British woman jailed for trolling herself on Facebook
http://ca.news.yahoo.com/blogs/daily-buzz/british-woman-jailed-trolling-herself-facebook-194755158.html

Woman jailed for trolling herself: Chapman, 24, of Par, Cornwall, found an unusual way to wage a vendetta against her family.
http://www.buzzfeed.com/alanwhite/this-woman-is-the-first-person-to-be-jailed-for-trolling-her