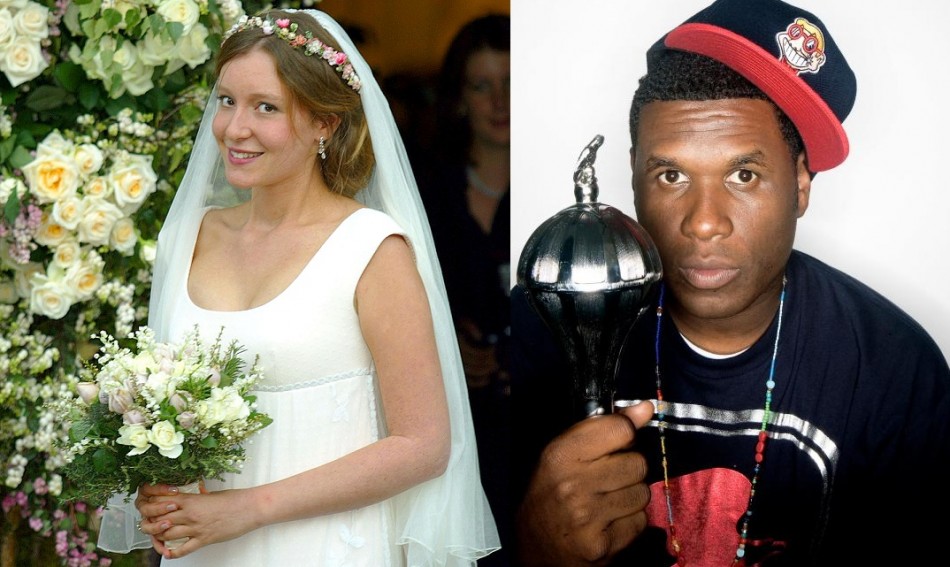 Friends of the Rothschild family are concerned about Kate Rothschild relationship with rapper Jay Electronica.

Rothschild was previously married to Ben Goldsmith, son of the late billionaire Sir James Goldsmith and Lady Annabel Goldsmith, but underwent a transformation when she traded society life for an affair with the rapper.

A mother of three, Rothschild used to be a member of the upper society, but no longer receives invites to such events. After divorcing her husband she has continued to date Jay Electronica.

Her friends are concerned about her behavior, and they have good reason to be. It seems she has begun to enter the part lifestyle. Rothschild is 39 years old and has recently been seen wearing a track suit and going clubbing with her boyfriend. Jay Electronica recently had a confrontation trying to get into a nightclub where he was refused entry.

“To be quite frank, I was shocked when I saw the pictures,” a long-standing family friend of the Rothschilds told the Daily Mail. “One tries not to jump to conclusions, but when she goes out looking like that it is terribly worrying. The past 18 months have been particularly difficult for Kate. Everyone had been hoping that things would settle down, but she is increasingly out of reach. Fundamentally, she is a wonderful girl with a sensible head on her shoulders. She’s also a great mum. But there is a wild, creative side, which has a tendency to give everyone around her sleepless nights. From what I hear of the events the other day, they made quite a spectacle of themselves. What was she thinking?”

This is a huge downward slide for Rothschild who previously married to Ben Goldsmith. They had an upper class wedding that everyone talked about for quite a while. This couple was in some ways the poster couple of high society, though their marriage did not last for all that long. Some of Rothschild's friend are concerned about her, whereas others think that she is just showing her passionate side, rather than hiding it like s he has in the past. Ben and Kate Goldsmith on their wedding day in 2003.[/caption]

The wild Rothschild heiress, her rap star lover and the photo that's alarmed her friends
http://www.dailymail.co.uk/femail/article-2568763/Kate-Rothschild-heiress-rap-star-lover-photo-thats-alarmed-friends.html#ixzz2ud43zSLw