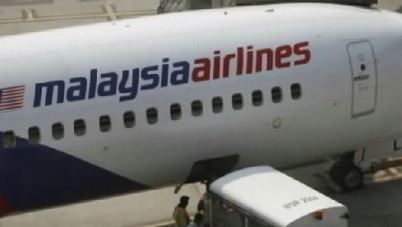 Authorities all over the world are wondering what became of the missing Malaysian airliner whose disappearance has become an international obsession. According to an article published by Mediaite, speculation over whether the plane has landed somewhere is still ongoing.

Many people, including those in very high places with a higher degree of insider information regarding the bizarre and mysterious incident, do seem to believe that the plane did eventually touch down somewhere, after being hijacked off its course. For example, Najib Razak, the Prime Minister of Malaysia, told media representatives that there is a "high degree of certainty" that "deliberate action" was involved in the disappearance of the plane.

This revelation brought with it a degree of hope for the families of the 239 people who were aboard the plane when it suddenly disappeared off international radar screens. Although the possibility of a safe landing remains somewhat remote, it has yet to be conclusively ruled out.

Speculation as to the real cause of the plane's disappearance has now settled upon the two pilots of the plane, especially the captain of the flight. It was revealed to the media recently that he had built several flight simulators in his home, which he was using for unknown purposes.

However, authorities have yet to come forward to the international media with any theory as to the possible motivation for his actions. Most of the passengers on board the flight were from China, which is experiencing a great deal of trouble from its Western Muslim population.

On The Web:
Media Speculates On Whether Missing Plane Landed Safely
http://www.mediaite.com/tv/malaysian-officials-lead-media-to-speculate-missing-plane-could-have-landed-safely/

Australians Apply In Vain For Hangman Job In Sri Lanka