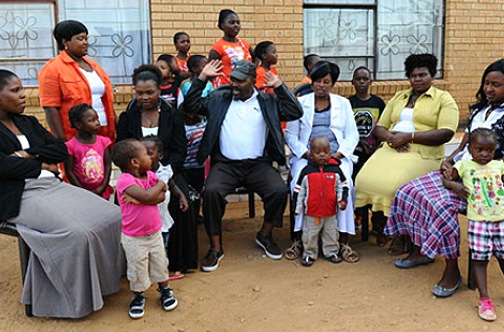 Nairobi, Kenya - In a nation where millions of people still lack running water, basic electricity, sewage systems, quality education, and health care, it is comforting to know that the parliament is hard at working addressing those shortcomings. Well, it would be comforting if that were the focus of the parliament, but instead the legislative body of Kenya has voted to amend polygamy laws in this nation.

The practice of polygamy, long outlawed throughout Western society, has been made even easier in Kenya. A man may now marry as many wives as he chooses and does not need the consent of any of this wives. The original bill which was proposed contained language which affirmed the current wife could veto his choice of another bride. However, male lawmakers were able to coalesce around the bill only when the veto authority language was extricated from the bill.

Female lawmakers, who were unanimously incensed about the loss of veto authority, left the floor of the parliament in protest. In a sign of just how far Kenya has to go just to enter the 20th century (much less the current one), Chairman Samuel Chepkong'a of the Justice and Legal Affairs Committee opened his mouth to utter pearls of wisdom. He stated that any Kenyan wife should understand that if her husband arrives home with another woman, said guest is his new wife. Besides, he explained, it was already custom that a man could marry with no regard to the feelings of his current wife or wives. MP Junet Mohammed also had some choice words to say on the matter as well. He stated that Kenyan women must already know that when they marry a man, he will continue to take on other wives. With an annual per capita of $976 per person, it’s nice to know the government is focused on real priorities.

On The Web:
Kenya legalises polygamy without wife's consent
http://news.yahoo.com/kenya-legalises-polygamy-without-wifes-consent-135856380.htmlr

Related Topics:Kenya legalises polygamy without wife's consent
Up Next