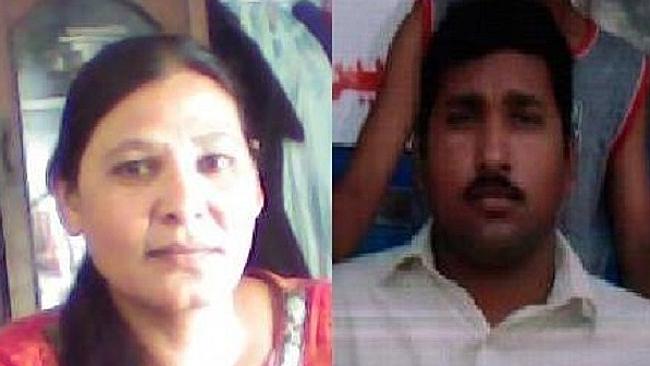 A Pakistani couple have been sentenced to death after allegedly sending a blasphemous text message to Maulvi Mohammad Hussain, a Muslim leader in their community, in July 2013. Their sentence was announced on Friday, April 4, in Toba Tek Singh.

According to The Blaze, The Christian couple who have been accused of insulting Mohamed, deny the charges against them. Their lawyer, Nadeem Hassan, believes they did not receive a fair trial, and says that the couple plan to request an appeal.

The Times of India reports that the husband allegedly sent the blasphemous text message to Hussain via his wife’s phone, but this report has been denied both by the couple and their lawyer. The husband and wife from Gojra believe the text was sent from a cell phone that they lost, and that has not been in their possession since well before the incident occurred.

Judge Mian Amir Habib handed the death sentence to the couple in a jail in the town of Toba Tek Singh on Friday, defence lawyer Nadeem Hassan told AFP.

Shafqat Emmanuel and Shagufta Kausar are in their 40’s, and support their three children on a very limited income. The husband also suffered from a spinal injury, as a result of which, he is wheelchair bound.

Gorja, their home town, has a long history of persecution towards Christians. The Digital Journal reports that the husband believes his unfair sentence has something to do with his rivals who may want to settle a personal dispute. He also says that he has previously been mistreated by the police force.

Christian Today reports that another Pakistani Christian, Sawan Masih, was sentenced to death only 8 days previous to this couple’s trial for defaming Islam in a conversation with a friend. [caption id="attachment_82583" align="alignright" width="576"] The death sentence for blasphemy is not an uncommon judgement placed on Christians and other non-Muslims throughout the Islamic world. However, the Digital Journal states that Wikipedia has reported no known executions that have actually taken place based on these sentences.

Pakistan has extremely strict laws against defaming Islam, including the death penalty for insulting the Prophet Mohammed, and rights campaigners say they are often used to settle personal disputes, reports Yahoo News.

97 percent of the population in Pakistan are Muslim.

Christian couple in Pakistan sentenced to death for 'blasphemy'
http://www.christiantoday.com/article/christian.couple.in.pakistan.sentenced.to.death.for.blasphemy/36602.htm

Related Topics:Pakistani couple sentence to death text message
Up Next