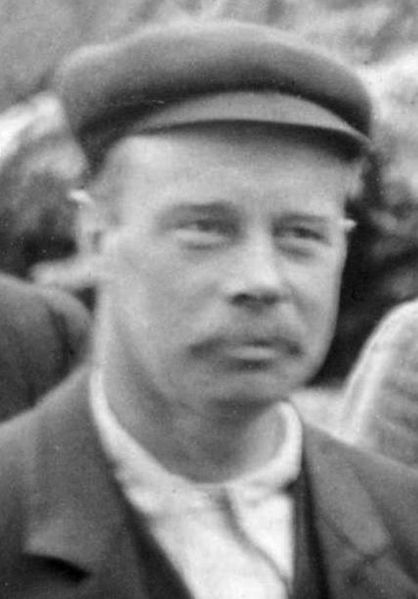 New Zealand entomologist George Vernon Hudson (1867–1946) in November 1907, from a photograph taken while Hudson was in the Auckland Islands Party of the Sub Antarctic Expedition. The original black and white photograph is a 149×202 mm silver gelatin print. National Library of New Zealand reference number PA1-q-228-01, cropped, desaturated, and converted to JPEG (quality level 85) with the GIMP 2.6.1.
[/caption]Daylight Savings Was the Brain Child of George Vernon Hudson

Daylight savings is a practice which occurs twice a year on Sunday, November 2, 2014 at 2:00AM, clocks will set back one hour giving all Canadians & Americans and people in 68 other countries one extra hour of sleep. So it worth a mention of the man behind this practice: George Vernon Hudson.

Hudson was an entomologist born in England in 1867, but who spent most of his life in New Zealand. In 1885, he first presented his plan to semiannually adjust time to the Royal Society of New Zealand, but it was received with ridicule. However, it wasn't many years later that attitudes began to change and all across the world nations began adopting the process. Eventually, even his own New Zealand enacted the practice in 1927 42-years after he first presented the idea.

For those wondering why an avid entomologist would conceive of a plan to tinker with time, the answer was simple: necessity. Hudson earned his living at the Wellington post office and the summer daylight hours obstructed his ability to daily collect bugs. The need to alter the daylight hours led to him devising the daylight savings plan albeit his plan called for a two-hour time adjustment.