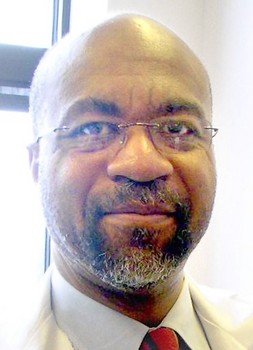 A Baltimore gynecologist, Nikita Levy, has been accused of secretly recording exams of his patients. He committed suicide by suffocating himself with helium in his home after reportedly writing an apology letter to his wife on February 18, 2013.

A colleague reported the allegations to Hopkins officials on Feb. 4, and Levy was let go Feb. 8, according to the hospital

Dr. Levy had hundreds of patients and it is unclear exactly how many of those patients have been affected by this invasion of privacy.

It is alleged that Dr. Levy violated the professional trust of his patients by recording intimate gynecological exams.

Police revealed Tuesday that at least some of the images were captured with a camera hidden in the top of a pen, and authorities were exploring whether the recordings had been distributed

Johns Hopkins human resources department asked security to question Levy on Feb. 5 in his office, where they found other suspicious devices similar to the pen. According to ABC News, Baltimore Police were notified the next day and subsequently searched Levy’s office and home where they uncovered a magnitude of multimedia equipment including 30 servers.

Police are treating the case as an open criminal investigation, and the Johns Hopkins board of trustees has opened a separate inquiry.

The extent of the legal fallout remains to be seen.

The investigation is ongoing. It is unclear how many women have been recorded. In fact the identity of many of the patients may be unclear even to authorities.

"If someone cannot be identified, they can't very well make the case they were embarrassed or humiliated," said Darren McKinney, communications director for the American Tort Reform Association in Washington, D.C.

One patient, who wished to remain anonymous because of the embarrassing nature of the allegations, told the Huffington Post she called the Hopkins line Monday and was told that little information could be provided because the investigation was ongoing. She was told to call police and eventually reached sex crimes detectives.

"They just took my information down and said the investigation was in process," she said.

Mariah Carey Wardrobe Malfunction: Hmm Not So Much