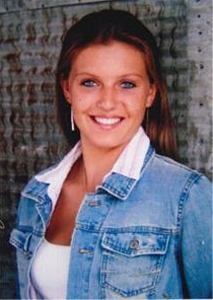 Both Roe and Matula were last seen driving away from Miller Park in a black Ford Escape Thursday morning at approximately 1:30AM. Matula's family filed a missing person's report at 8:30AM that same day.

Roe responded to a police request to come down to the station for questioning and arrived in the Eden Prarie Police Station's parking lot.

He never left his vehicle. It was then that he shot himself. He died Saturday. Roe and Matula had dated before and remained in contact after their split. Her family said he came to their house Wednesday to speak with Mandy which they did inside his parked car in front of their house.

Later, her family noticed the car had left, but Mandy's personal belongings remained at home.

Roe told them by phone that he had argued with her and she left his vehicle at Miller Park later that night. The family has been conducting a search for their missing daughter along with 300 volunteers. Given what Roe did to himself before facing questioning by police, it appears likely that Matula met a tragic fate.