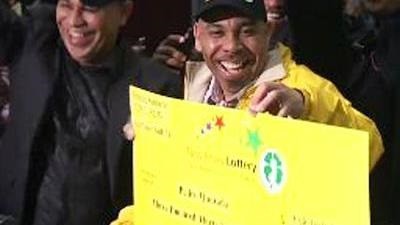 A New Jersey man is being sued by his ex-girlfriend for portions of his Powerball winnings. Pedro Quezada won over $330 million in the lottery. His former partner, Inez Sanchez, was with Quezada for ten years. Thus, Sanchez believes that she deserves a cut of the Powerball payout as she lived with Quezada and their child until their recent split. That was when she decided to sue the man for everything he was worth.

Unfortunately for Sanchez, the lawsuit has not been successful. The couple was never married, and she does not have many legal rights despite being the mother of Quezada's son. Sanchez also filed a domestic abuse case, and Quezada moved out of their shared home shortly after.

Superior Court Chancery Judge Margaret Mary McVeigh decided not to throw out the lawsuit, but she did deny Sanchez's request to freeze Quezada's lottery money until a trial and verdict determines if she is entitled to a portion of the winnings.

'That’s what money does to people: It changes positive relationships into bad ones,' McVeigh said. 'It doesn’t always enhance a relationship, or bring out people’s better qualities. Her [Sanchez’s] life has been up-ended by this winning ticket…But I am a judge. I don’t create the law. I have to follow it,' she said.

The biggest problem with this case is that most of the money is gone. A large portion was sent to family in the Dominican Republic. There still remains about twenty million that is missing from financial records. Overall, Quezada only received $152 million got after taxes. However, that is still quite a healthy amount.

Sanchez might have better luck if she sues for child support. She might to be able to get any money, but her child deserves a share.

The Powerball lottery is played in 42 states, Washington, D.C., and the U.S. Virgin Islands. The chance of matching all five numbers and the Powerball number is about 1 in 175 million.