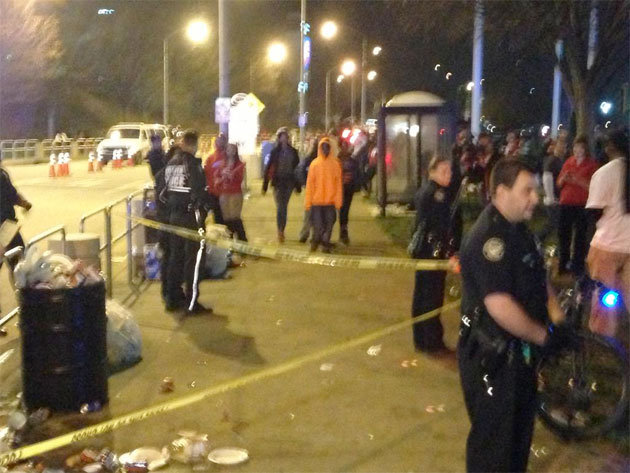 On the morning of Tuesday, November 26, Gail Sandidge was pronounced dead. Sandidge was a fifty-seven year old nurse at the Ambulatory Surgery Center of Good Shepherd Medical Center, which is located in Longview, Texas. USA Today reports that she was stabbed by a man visiting his mother at the hospital.

Sandidge had worked at the hospital since 1978. Four others were injured during the attack by twenty-two year old Kyron Rayshawn Templeton. His mother was scheduled for a procedure that morning and following the attack he apparently told authorities that "they," referring to the staff, were trying to kill his mother. The others he injured were an employee, Karen Bobo and three hospital visitors Teresa Allison, Harris Teel and Melissa Simms.

Templeton was charged with one count of murder for his fatal stabbing of Sandidge in the chest and aggravated assault with a deadly weapon. He was held on a $2.6 million bond and the murder weapon was found outside of the hospital.

Witnesses said that when the screaming began, Sandidge emerged to see what was going on and she put herself between Templeton and her patients. She held on for some time after being stabbed with the hunting knife. Staff members rushed to get patients to safety while others tended to the wounded.