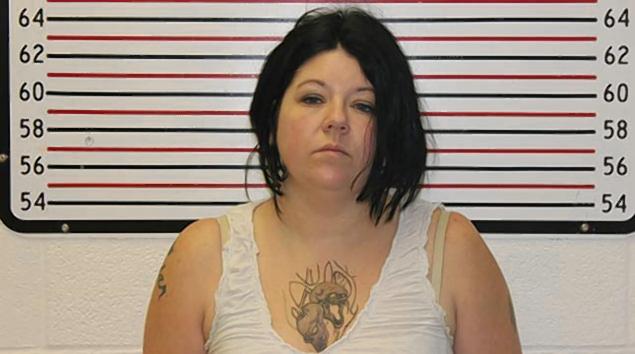 A waitress in Portland, Oregon certainly didn't expect the tip she got from two recent customers who sat at her station at the Twisted Fish Restaurant. The unidentified server called her manager for help when she discovered an envelope left underneath the customer's credit card receipt that contained 17 grams of methamphetamine. Because the drug is an illegal controlled substance, police officers were called to the scene. Because the man and woman who left the strange "tip" were still seated at the table, police officers arrested 40-year old Ryan Bensen, who was later released, and 37-year old Erica Manley, arrested on the charge of delivering a controlled substance. Police report that they discovered more methamphetamine after searching Manley's handbag as well as the couple's vehicle and motel room. The manager of the Twisted Fish says the waitress was so unhinged by the episode that she has asked to take a leave of absence from her job. Prosecutors say that they are unsure of whether or not the couple meant to leave the methamphetamine for the restaurant server in place of a cash tip or whether they had just laid the envelope down on the table and forgot about it.

On The Web:
Police: Ore. waitress says she got methamphetamine tip
http://tbo.com/ap/offbeat2/police-ore-waitress-says-she-got-methamphetamine-tip-20140108/

Related Topics:methamphetamine tip
Up Next