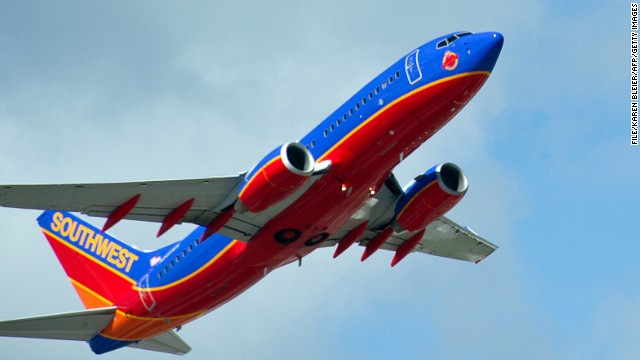 Southwest Airlines Flight 4013 began as a routine flight with a moderate load of passengers Sunday evening. It left Midway International Airport in Chicago bound for Branson Airport. It ended up in Taney County Airport 7 miles off to the north. Taney County Airport is a much smaller size airport, but the heart of the matter is it was the wrong destination.

So what happened? Brad Hawkins, the company's spokesman, was mum about the $64,000 question and would only confirm the incident. Another company spokesman by the name of Tony Molinaro, spokesman for the Federal Aviation Authority (FAA), confirmed the agency is investigating the matter. No doubt they'll get a more detailed response from Southwest Airlines than the public received.

Kent Wien, a commercial pilot who writes for the blog Cockpit Chronicles says.

“When the conditions are clear, a visual approach is a common way to transition from the arrival to a landing. Coming in from the north, it would be easy to mistake these two airports, as the smaller field would appear before the destination. This is more likely when a flight isn’t backed up with an instrument approach for reference, even though the two runways are six miles apart in this case.”

Other than arriving at the wrong destination, Hawkins confirmed that flight arrived without incident with both crew and passengers safely accounted for. He also elaborated that Southwest dispatched personnel to retrieve both customers and their baggage and take them back to Branson Airport. Well, "no harm no foul" may be the order of the day. It was only two months ago that a Boeing 747 landed at the wrong military base in Kansas on a delivery run with parts destined for McConnell Air Force Base.