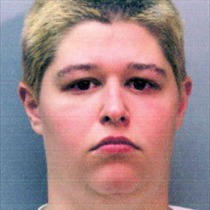 A 23-year old woman in Iowa has been sentenced to 7 years in prison for posting a want ad on Craigslist seeking someone to murder her father. Megan Schmidt of Dubuque posted an ad last fall, offering the sum of $10,000 to anyone interested in performing something she called a "one-time job." One of the respondents who answered her ad was shocked to discover the job consisted of killing Schmidt's dad, and she even went so far as to recommend that the killer use either a knife or gun to commit the murder due to her father's large size. There was no mention of why she wanted her dad dead.

The man who answered the ad contacted local police authorities to report that a Craigslist advertiser has posted a murder for hire job listing. Police officials then organized an undercover sting in order to catch Schmidt in the act of offering money to have her father killed. When an undercover officer arranged a meeting with Schmidt, she repeated her murder for hire offer and even provided him with a photograph of what her father looked like. When police determined her offer was no practical joke, Schmidt was arrested.

On The Web:
Woman sentenced in Craigslist ad case seeking help to kill her dad
http://www.kcci.com/news/central-iowa/woman-sentenced-in-craigslist-ad-case-seeking-help-to-kill-her-dad/-/9357080/24328204/-/noj6wd/-/index.html