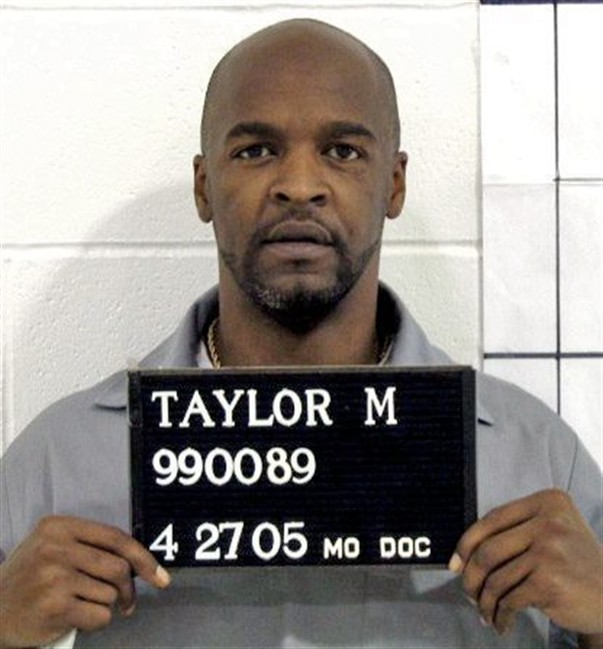 FILE - In this April 27, 2005 file photo provided by the Missouri Correctional offices is Michael Taylor who was sentenced to die for abducting, raping and killing a 15-year-old Kansas City girl in 1989. (AP Photo/Missouri Correctional Office, File)
[/caption]Fourth man set for execution for 1989 murder

Missouri set the date for a fourth death row inmate to be put to death by lethal injection at 12.01 a.m. on Wednesday morning. Three other inmates have been executed in the past four months. Michael Taylor’s attorney asked for a last minute reprieve in order for the judge to consider information regarding the case.

Taylor was arrested for the abduction, rape and murder of a 15-year-old girl in 1989. A second man was involved in the crime and was also convicted. The girl was waiting at the bus stop when the pair passed by after a night of binging on drugs. They stopped and one of the men got out of the car and grabbed her. They forced her into the trunk of the stolen vehicle and drove her to a house owned by one of the men’s mothers.

The men then forced the girl into the basement of the home where they raped her. They feared that the girl would be able to identify them, so they used kitchen knives to stab her to death. She pled for her life while they did so, even offering them money to let her go. She died after thirty minutes of torture. They drove the vehicle to a neighborhood and abandoned it with her in the car.

US state prepares for 4th execution in 4 months amid court appeals and clemency request
http://www.thespec.com/news-story/4383751-missouri-prepares-for-4th-execution-in-4-months/