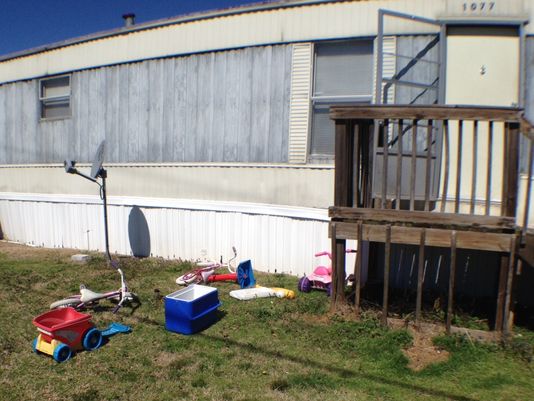 The child was pronounced dead at the scene, with wounds on her body resembling bites and scratch marks, police said.
[/caption]In Tallassee, Alabama, it is apparent that a 4-year old girl was attacked and killed in a dog mauling according to police. The tragic event took place on Wednesday in the backyard of the girl’s grandparents’ house. The grandparents were babysitting her when it happened. Police Chief Jimmy Rodgers said, "Her grandfather went out to check on her and spotted a large dog standing over her," he added, "He said it appeared to him that the dog was trying to drag her off."

The dog ran off after the grandfather yelled at it. He called 911 thereafter. Rodgers said it is possible there were additional dogs involved in the attack of the child. He also said the little girl was pronounced dead at the scene. The wounds on her body consisted of scratches and bite marks. An autopsy was order to identify the exact cause of death state Tallapoosa County District Attorney E. Paul Jones.

Police have two dogs they believe were involved in the attack of the little girl. One dog is a large shepherd mix and the other is a Labrador retriever mix. The dogs are being held at a local veterinarian’s office stated Rodgers. Both dogs were owned by people of the grandparents’ neighborhood.

The police are currently seeking court orders to have both dogs destroyed. They are investigating to determine if criminal charges can be filed against the owners of the dogs. It is evident the city of Tallassee has a law forbidding pet owners from allowing their dogs to run free, however, the attack occurred in Tallapoosa County which does not contain such law.

Rodgers said the case hit the officers and investigators hard. He added, “I’ve been here 17 years, and this is the first time we have had a child killed in a dog mauling.” Crack in Washington dam causes concern but not panic

mcdonald build your own burger test a