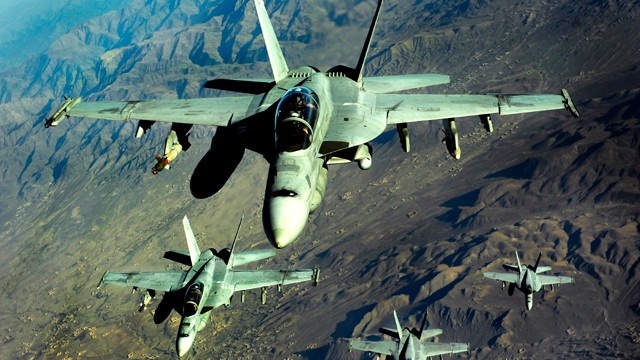 A military pilot that was in training died in a fatal crash on Saturday afternoon. The plane went down during a training exercise that is located in Western Nevada. The crash resulted in the F/A-18C aircraft being a total loss. The report was released by the U.S. Pacific Fleet on Monday.

Reaching the site of the crash posed as a problem due to the weather conditions. Lt. Reagan Lauritzenreleased a statement saying that the remote terrain of the mountains played a role in it taking hours to get to the crash site. The snow storm also posed as a problem for the search team. In accordance with the Defense Department policy, the name of the pilot that was killed in the incident will not be made public until the next of kin has been notified.

The U.S. Marine jet that went down was on loan to the Naval Strike and Air Warfare Center. The incident took place on a Navy range training complex. It occurred 70 miles east of Naval Air Station Fallon, as stated by Lt. Reagan Lauritzen. The jet was not one of the Hornets of the Navy as previously reported.

It is not yet known what the cause of the crash is. It is still being investigated by authorities. There were no other injuries as a result of the accident. The crash did not have an effect on any building structures or other property. The training jet was not carrying any weapons that could cause any further damage.