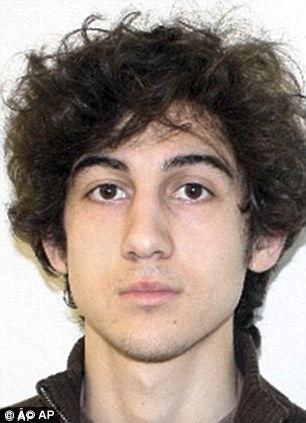 The protective order would allow Tzarnaev to view only those autopsy photos which will be submitted into court record for his upcoming trial, though his attorneys would have access to all of the photos.

The prosecutors say that allowing Tsarnaev to see the photos would “violate the victims’ rights to dignity and privacy and subject them to needless harm and suffering.”

“Specifically, allowing photos of the mutilated bodies of the victims to be viewed by the man accused of mutilating them would needlessly revictimize the family members in the same way that innocent children who are photographed pornographically are revictimized whenever those photos are seen by others,” prosecutors said in a six-page filing in US District Court today.

The autopsy photos of the three bombing victims, Krystle Campbell, Martin Richard, and Lingzu Lu are graphic, showing naked and mangled bodies. Prosecutors believe that allowing Tsarnaev unlimited access to view these photos would unnecessarily violate privacy and cause further anguish to the families of the victims.

To establish precedent, prosecutors have referred to cases in which images of child pornography not used in trial have been withheld from defendants to avoid causing unnecessary harm. They argue that viewing the photos that will not be used against him is not necessary for the preparation of his case and that withholding these images does not violate his constitutional rights. Tsarnaev´s attorneys believe he should have unfettered access to these images.

Tsarnaev will be standing trial in November for the Boston Marathon bombing that killed three people and injured over 260. He is pleading not guilty to 30 different federal charges. If convicted, he could face the death penalty.