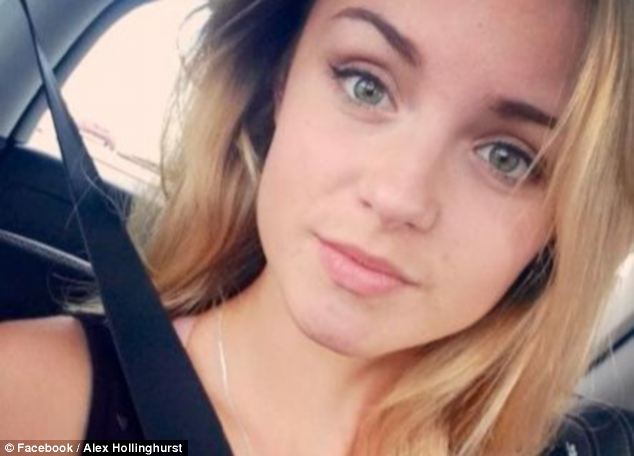 Brandon Goode Had a Violent Drug Past Prior to Murder-Suicide The British teenager suspected of shooting dead a Florida police officer had recently been thrown out of her home by her parents after rows over her boyfriend and her arrest on drug offenses. [/caption]Orlando, Florida - Brian Goode, age 18, had a violent past along with drug abuse prior to hooking up with his British girlfriend Alexandria Hollinghurst, age 17. Two years ago, the troubled teen, then age 16, had made a terroristic threat to his mother claiming he would take her life with an axe. As for Hollinghurst, her parents saw right through his facade and tried to prevent their daughter from being led into a drug culture by him. Unable to reason with her, they expelled her from the home after her arrest for possession of marijuana on February 24. She immediately took up residence with her boyfriend.

As for his Goode's violent axe incident, it wasn't just a case of talking smack. He went as far boarding up the house windows and covering his face with black paint. He then tried to coerce his mother into signing off on a divorce settlement with his father at the point of an axe. Both Goode and Hollinghurst killed Officer Robert German and later took their own lives.
[caption id="attachment_82052" align="aligncenter" width="634"] Source:
British teen 'who gunned down Florida cop and then committed suicide with her boyfriend had been kicked out of home by her parents after going off the rails when she met him'
http://www.dailymail.co.uk/news/article-2588087/Teen-shot-dead-Florida-police-officer-committing-suicide-British-girlfriend-17-chased-mother-axe-two-years-ago.html

US Sailor, Civilian Dead After Shooting at Norfolk Naval Station