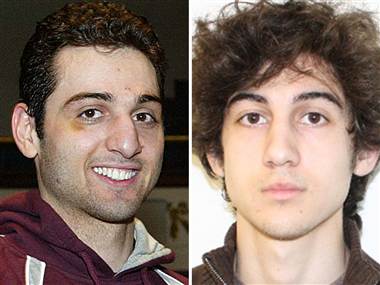 Boston, Massachusetts - Boston Bombing terror suspect Tamerlan Tsarnaev died in a gunfight with authorities not long after carrying out the brutal terror attack on innocent people celebrating the annual Boston Marathon. However, his brother and accomplice Dzhokhar Tsarnaev is now seeking to gain access to the records he hopes will cast him in the light of being more of a patsy to his deceased brother. It is as much an admission of guilt as can be done outside of court.

Dzhokhar Tsarnaev's attorneys believe the key to proving their allegation lies in whatever body of evidence the FBI has assembled. In a regular criminal proceeding, the evidence held by the prosecution is fully accessible to the defense. This is due to the presumption of innocence a person has in the law and their subsequent right to know the details of any accusation against them. It may be that because this is a terror trial that complicates matters, but the defense has been unable to persuade the FBI to turn over that evidence. Dzhokhar Tsarnaev's lawyers have now filed a motion in court to force the FBI to open up their files to them.

Dzhokhar Tsarnaev, like everyone else in this nation, deserves a fair trial and the jury is expected to have the freedom of rendering either a lifetime prison sentence or death as the outcome. Dzhokhar Tsarnaev's attorneys are making the case that potential for capital punishment warrants them having any evidence which can prove the deceased suspect was the mastermind to the planning and execution of the murder plot. The defense believes that one of the brothers was an FBI informant against the Muslim and Chechen communities. The FBI has stated that neither brother was employed as an informant. It is not clear when a federal judge will rule on the defense petition for evidence.

US Sailor, Civilian Dead After Shooting at Norfolk Naval Station