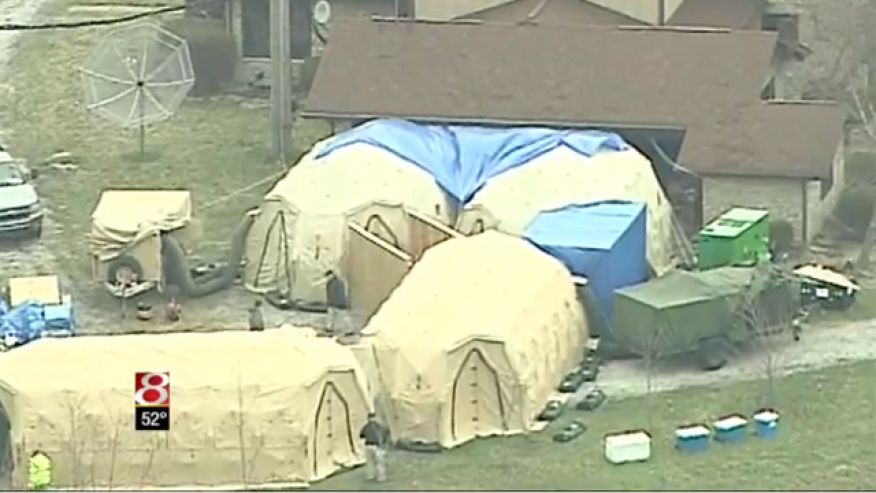 April 2, 2014: FBI agents seized thousands of Native American, Russian, Chinese and other artifacts that have "immeasurable" cultural value from the private collection of a 91-year-old man in Waldron, Ind.WISH-TV[/caption]Indianapolis, Indiana - The Federal Bureau of Investigation (FBI) appears to be setting limits on what types of collections private citizens can own regardless of whether they were lawfully obtained. Donald Miller has been collecting cultural artifacts over the past eight decades from his world travels that have seen him visit 200 nations. Admittedly, some of the artifacts in his collection were obtained illegally, but most were obtained legitimately or before any laws prohibited their ownership.

The FBI could care less and seized his entire collection which they say will be returned to the “rightful” owners. Miller affirms he is the owner of the personal exhibit, but it is unclear if the elderly man has the means to challenge the FBI in court. He is said to be cooperating with investigators who intend to distribute his belongings. It is unlikely they will compensate him for the seizure of his personal property.

By some descriptions, his historical artifacts from Indiana alone are noteworthy, but his collection has items from Peru, New Guinea, Australia, Haiti, China, and Russia. It also featured numerous Native American artifacts. His collection was so numerous that it had to be stored in additional buildings he erected on his property. The FBI has brought in a professor of anthropology and museum studies to do the work of cataloging the trove and assessing its condition. The professor said that on balance Mr. Miller did a good job of preserving the value of the artifacts in his possession. The professor said the only place where he has seen such an elaborate collection is in museums, but never in the personal collection of a private citizen.

During his working years, Mr. Miller was employed as a school teacher, but was also involved in the development of the first nuclear bomb which process was known as the "Manhattan Project".