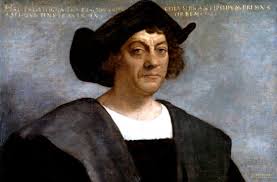 Minneapolis, Minnesota - In a move certain to rankle the Sons of Italy organization and traditional Americans, the city council in this metropolis of nearly 400,000 has voted to change the name of Columbus Day to Indigenous People's Day.

The move is done out of political correctness and to cite the fact that Christopher Columbus was not the actual discoverer of the Americas. While it is true that the Vikings made it to parts of modern day Canada and likely other cultures crossed over from Asia, Columbus' discovery of the new world in 1492 led to the colonization of the Americas which thing did not occur from the other discoveries.

But you can't tell that to the supporters of Indigenous Day. They claim that the discovery by Christopher Columbus is a lie and is the first lie taught to children in the education system. One man by the name of Bill Means claimed that Columbus arrived to the new world in rags, poverty, ill health, and he and his people actually discovered him and restored him to good health. It should be noted that Columbus landed in an island that is part of the Bahamas which he named San Salvador.

The indigenous people he encountered were the Lucayan, Taíno, or Arawak Indians. Mr. Means is a Lakota and there is no record of them having settled the Bahamas much less discover or care for Christopher Columbus. Presumably, if the idea of Indigenous Day is to set the historical record straight, no further lies should be introduced either.

He expanded on that idea Friday.

"We discovered Columbus, lost on our shores, sick, destitute, and wrapped in rags. We nourished him to health, and the rest is history," Means told MPR. "He represents the mascot of American colonialism in the western hemisphere. And so it is time that we change a myth of history."

The movement to rename Columbus Day continues with cities across the country mulling over their options. Some states such as Oregon, Hawaii, and Alaska do not even celebrate the day. There is no word as to whether St. Paul, which adjoins Minneapolis, will similarly rename the holiday.